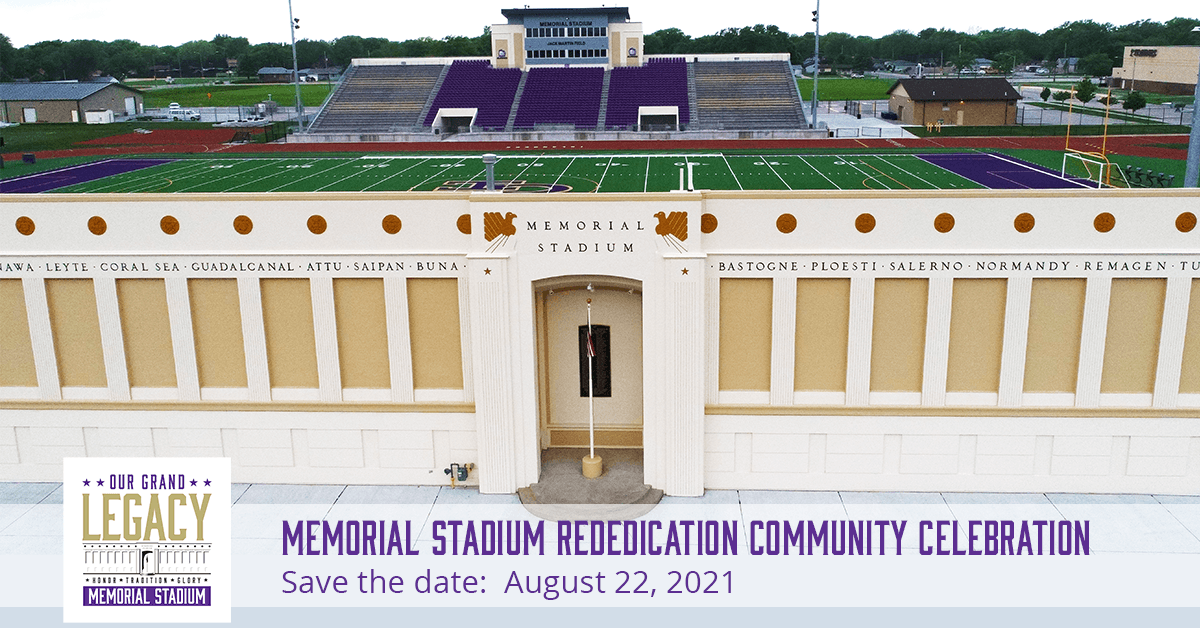 Many Chapters Connect to Memorial Stadium

My first visit to Grand Island’s Memorial Stadium was a postcard fall evening in Central Nebraska: a slight nip to the air; a brilliant orange sunset giving way to purples and reds; the smell of burning leaves wafting about; an itchy wool sweater against my neck.

The Islanders were playing football against Fremont. I was not more than 8 or 9 years old, but the memory is seared in my mind. Perhaps the pageantry and the play of sports painted such an indelible mark. Maybe the sheer size of everything — the stadium, the crowd, the football players — fixed my recollection firmly. Or it could have been that to get to our seats, we had to walk through the cool, thick grass of the north end zone, like walking on a magic carpet to this starstruck kid. More likely, however, the entire stew of senses from the feel and smell of the night to the noise and passion of the crowd to the racing up and down of our heroes in purple and gold simmered perfectly to create my memory.

As you’ve read elsewhere in this issue of Rise, Memorial Stadium will be rededicated with a grand community celebration the evening of August 22.

The new stadium is worth a look, not simply as a place to play football and soccer or host marching band competitions. The remake honors, appropriately, Hall County’s fallen veterans with an interactive display under the East Stadium.

On the west side, underneath the stands, a donor wall will be prominent, sporting the names of those who gave $2,500 or more toward the $17 million project. Of course our own Lanny Martin, Class of 1964, fueled the “Our Grand Legacy Project” with his gift of $10 million.

Throw in new turf, new seating in the East Stadium and a new big screen scoreboard jam-packed with bells and whistles enough so you’d notice … every time the Islanders score a touchdown or make a goal or want to send a message.

In short, Memorial Stadium is bigger, better, and surely rebirthed into the beauty in the minds of those who conceived the idea of a community stadium at a coffee shop in the Yancey Hotel in downtown Grand Island in spring of 1945. When the stadium was finished two years later, many in Grand Island said no other stadium between Denver and Lincoln could compare.

That was two years before I was born and about a decade earlier than my memorable first evening in the stadium. But my history is inextricably tied to Memorial Stadium, where my father once joined dozens of others scooping snow so the Islander game could go on; where my Howard School pals and I competed in the Football Jamboree and Charlie Sheffield’s Annual Grade School Track Meet, an extravaganza that had to be seen in person to be appreciated; where I played in the Barr/Walnut football game, an annual rite of passage for thousands of young men in Grand Island; where I was taken along with the entire student body during an evacuation because of a bomb scare in the fall of 1968; where I graduated from high school, nine months later; where I watched my son score the first Islander touchdown on the stadium’s new synthetic turf in 2009; and where this Sunday, graduation once again graces Memorial Stadium, this time for GISH Class of 2021.

I was unaware of the power of a particular memory until a lightning bolt from my past illuminated a warm evening at Notre Dame Stadium in South Bend, Indiana.

I was in South Bend in early September of 2000 to cover the Husker football game vs. Notre Dame. After the last hurrah (the Huskers hung on to win in OT 27-24) and I had filed my column, I headed to my car. I must have taken a wrong turn because when I got downstairs, I found myself inside the stadium instead of where I had come in. So I headed across the field to an open gate.

As I walked through the deep, cool grass of the north end zone in the fading light of dusk, I was suddenly rocketed back to my childhood … to a special fall night: My first football game with my dad, my first trip to Grand Island’s Memorial Stadium and the first chapter of many in which the stadium has been a part of my family’s life. 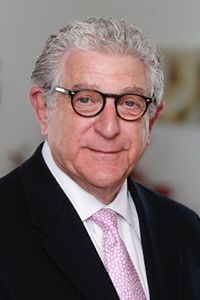