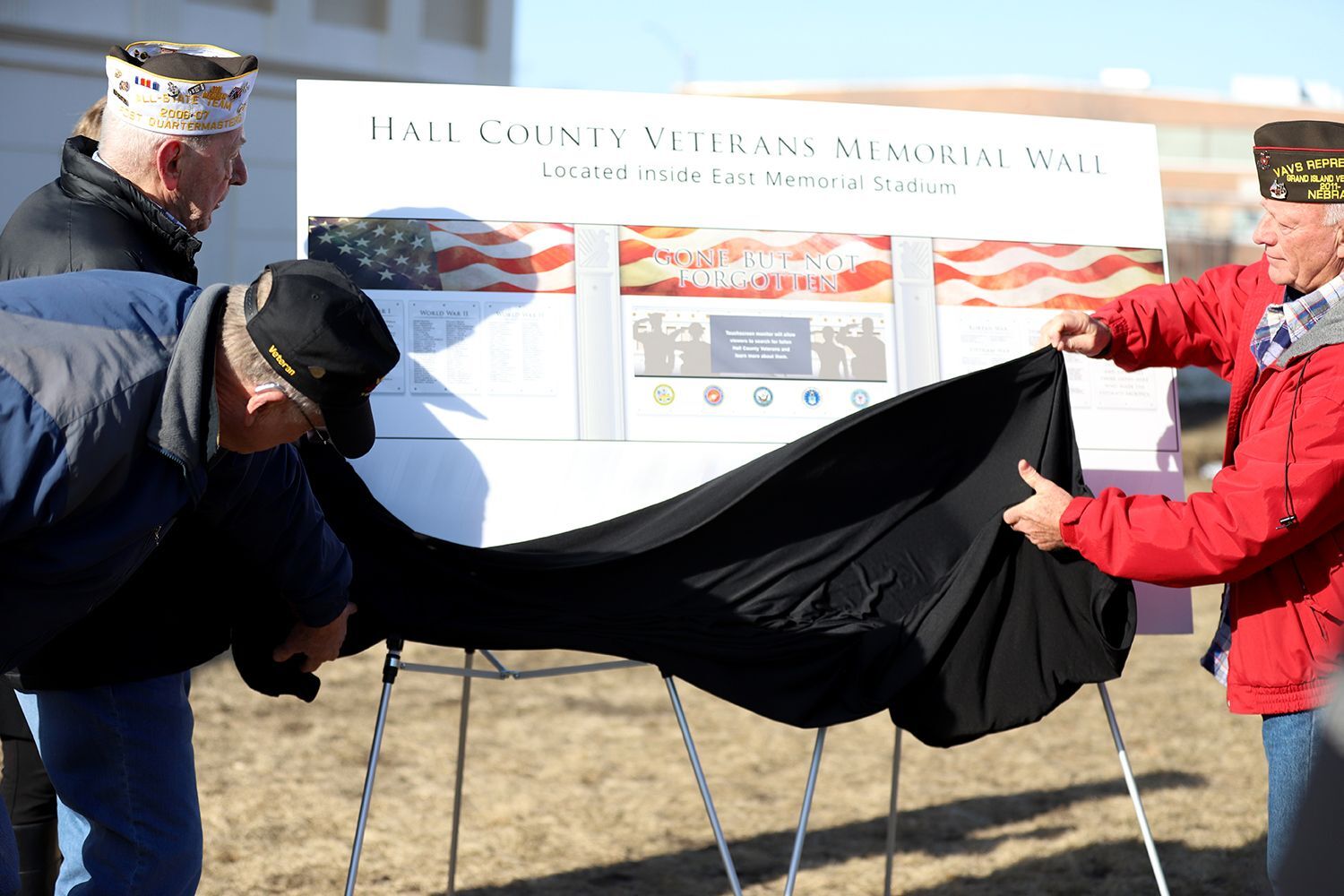 Historic East Stadium opened in the fall of 1947 as a War Memorial for World War I and World War II Veterans from Hall County who had died in service to their country. The funding for the facility was raised by more than 1,000 community-minded donors. The community saw the need for the stadium and built the memorial for those who gave their lives for our country.

Decades later, it is time to carry on that tradition with the renovation and preservation of the facility and to remember the fallen Hall County Veterans who have fought and died in the conflicts since World War II. The Memorial Wall inside the renovated stadium will list the names of fallen Hall County Veterans from World War I, World War II, Korea, Vietnam and the War on Terror. An interactive video display will list information on each fallen Veteran. A rendering of the Memorial Wall was unveiled during a press conference January 14, along with an announcement that the Memorial Stadium Campaign is at 97% of the $17,000,000 goal. The campaign has raised $16,463,465 with $536,535 left to raise.

Mr. Jim Kahrhoff, Committee Co-Chair and Vietnam Veteran, encouraged the entire community to give because every gift helps honor our fallen Veterans and will help provide a brighter future for Grand Island.

To see the Veteran listing, submit information, additions or corrections visit our webpage.

To see local media coverage of the event visit: