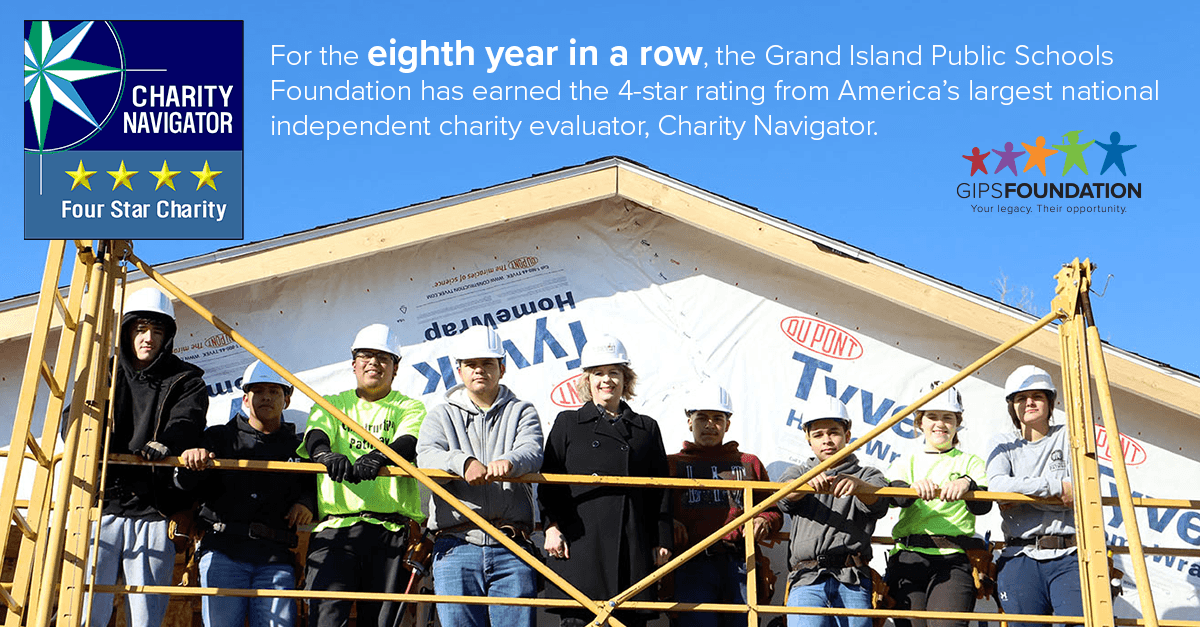 When Eight is Great

The GIPS Foundation has received notice that we were again awarded the Four Star rating from Charity Navigator. This rating is based on strong fiscal responsibility and commitment to accountability and transparency.

Here is an excerpt from the award letter signed by Michael Thatcher, President and CEO of Charity Navigator:

“We are proud to announce Grand Island Public Schools Foundation has earned our eighth consecutive 4-star rating. This is our highest possible rating and indicates that your organization adheres to sector best practices and executes its mission in a financially efficient way. Only 6% of the charities we evaluate have received at least 8 consecutive 4-star evaluations, indicating that the Grand Island Public Schools Foundation outperforms most other charities in America.”

We think it is really nice to be recognized, but you know, we are just doing things the Grand Island way. We have a tremendous board of directors who volunteer their time to make our organization work. While this rating is about transparency and fiscal accountability, the board will tell you that they are most proud of the funds we spend. We get to see the faces of the students that we help every day. We get to walk alongside donors to give dreams wings. This happens in a micro way for individual students via scholarships and needs grants, and in a macro way when we get to help create amazing spaces for our students and community such as the Memorial Stadium project. We get to do BIG and Small…and it all matters!

It is our honor do these things and account for them with the highest ethical standards. We are pleased to be your credible charity to invest in success with you. We have been at this a long time, but eight really is great.