This year’s campaign has been themed “GRIT - GRand Island Tenacity”  The campaign included a $10,000 challenge gift from Ann Marsh and the Marsh family in honor of their love of public education and in gratitude for the excellent teachers and staff of Grand Island Public Schools.

The Marsh’s gift was used to encourage staff to give new or increased gifts to the campaign.

The campaign had a new building incentive this year. All buildings that increased their total dollars given by 10% or more from the year prior qualified for a $500 student success grant. Each winning building will decide how to invest in their own students.

The campaign ran from March 24 – April 20.  Foundation Director Traci Skalberg said  “It is a measurable show of support from those who live the mission of caring for students when they also ‘give’ the mission.” Skalberg called the campaign “a telling statement of the GRIT (GRand Island Tenacity) in our community. A supportive and giving staff is just one of the many reasons that Grand Island is a great place for our kids.”

Last year (2021) staff and board members of Grand Island Public Schools and GIPS Foundation raised $102,714 for the benefit of school district students. This was the first time in the history of the campaign that the total dollars given surpassed $100,000!

Proceeds from the campaign are used to expand Foundation programs such as the Academic Aristocrat Scholarship program and the Teacher of the Year program.  The funds are also used to support Foundation operations and endowment and the Classroom Mini-Grant program. During the 2020-2021 school year, the Grand Island Public Schools Foundation invested $1,447,443 into programs, scholarships and grants benefiting students. 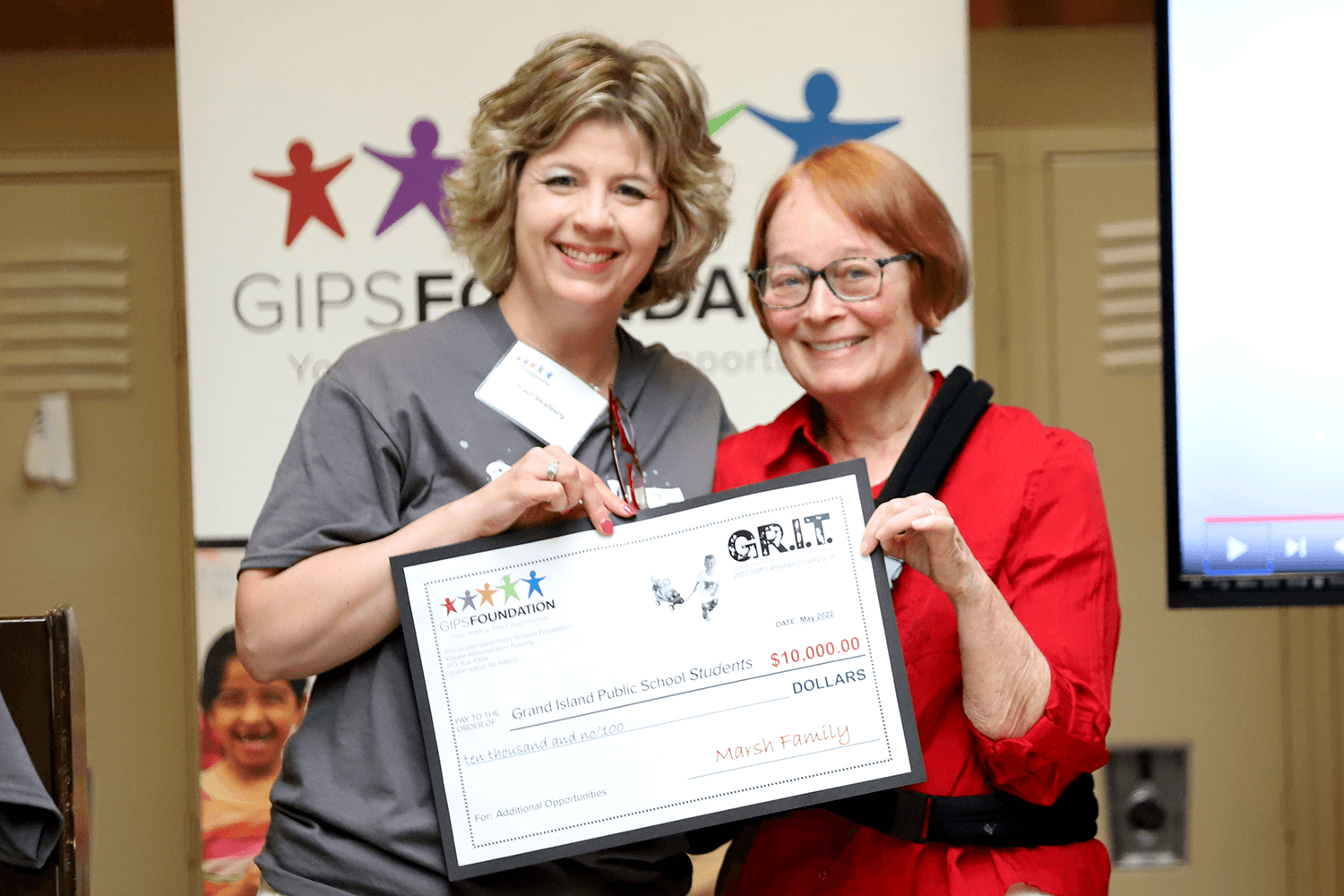 YOU make the difference!

The campaign included a $10,000 challenge gift from the Marsh Family to celebrate their connection to the tradition of excellence at Grand Island Public Schools.

The Marsh Challenge Gift was used to encourage staff to give new or increased gifts to the campaign.

625 staff donors qualified for this matching opportunity.  This was 48% of the gifts received. 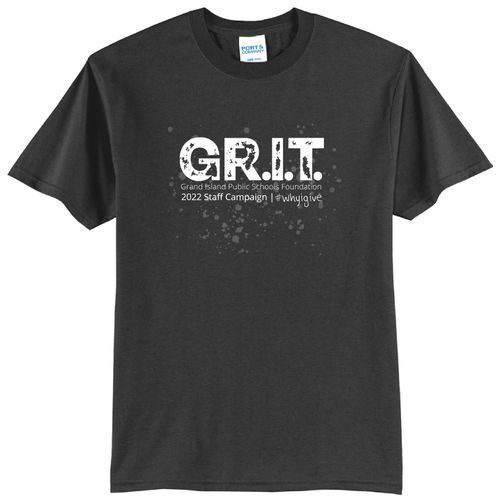 All who pledged $72 or more received a free T-shirt. We encourage staff to wear their shirt on May 17, the day of our press conference. This year 561 staff members earned a t-shirt!

This year the campaign utilized social media to host weekly #whyigive Wednesday mini campaigns. The Foundation invited staff to interact with their social posts and drew a winner weekly to receive a $50 gift card to a local business.

“I give to the Foundation to support our future. The foundation has impacted our students, families, staff and our community in countless ways, and has made so many dreams possible”

“I love seeing what the Foundation does for students and teachers. Scholarships, Teacher of the Year, Grants, and the list goes on. I give to give back to the district that has provided my students and me whatever is necessary for us to be successful.”

“I give because I see the impacts the donations have on our students and staff! For example, getting to see a mini-grant in action with students having new learning opportunities like simulation the Oregon Trail, or seeing a student receive a scholarship that allows them to reach their goals is what it’s all about.”

“I give because I have witnessed my students who have directly benefited from the foundation!”

We celebrated TEN years of campaign t-shirts and collected photo submissions from any staff member who still had a previous shirt. Winners received a gift card to The Chocolate Bar. There were 49 submissions! 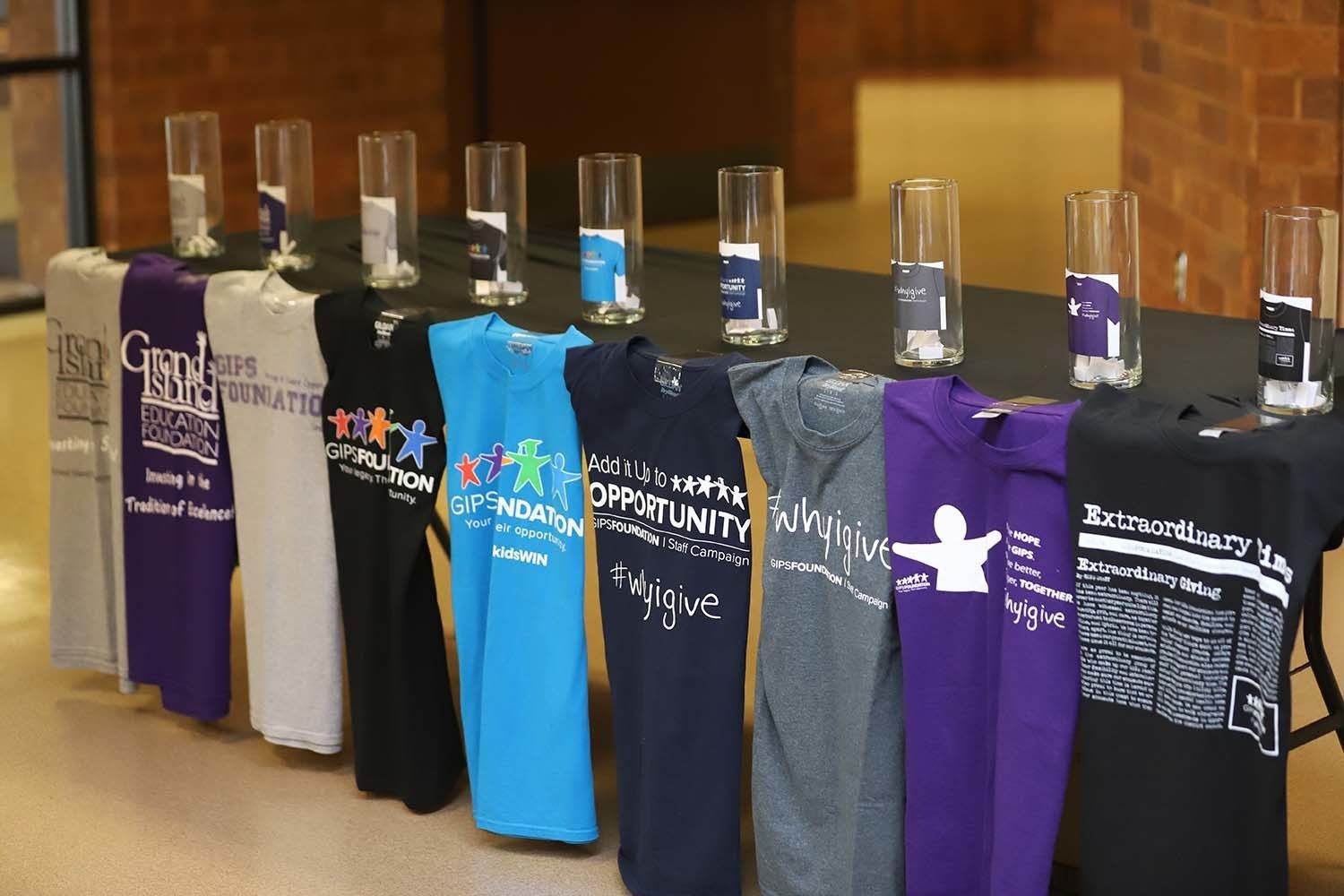 All Staff Members who give $132 or more will be entered into a drawing to win an extra personal day to be added to next year’s contract. Teaching & Learning Administrators will substitute for certified staff who require a sub. Classified staff are also eligible to win.

There were 24 teams that had 100% or more as a giving rate! As promised, the Foundation delivered cookies to the following teams: 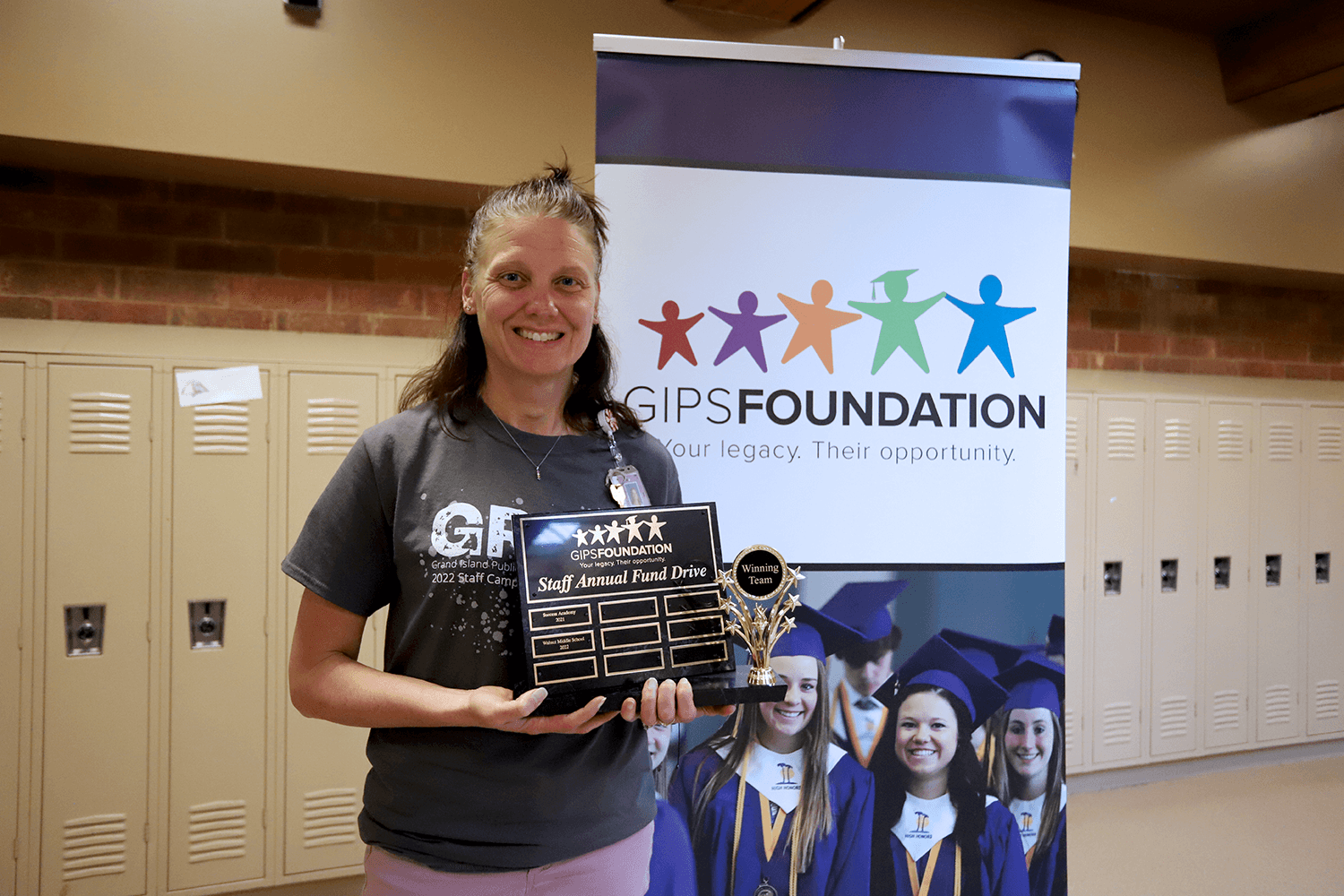 qualifying as "new or increased" and meeting the Marsh Challenge Award – includes a traveling trophy and a building prize (something fun or tangible to be worked out with their team leaders)... Walnut Middle School Team 2 led by Angie Wiegert. Walnut Middle School Team 2 reached 100% participation! Raised $1,481 from 14 participants. 79% of the team's gifts qualified for the challenge. 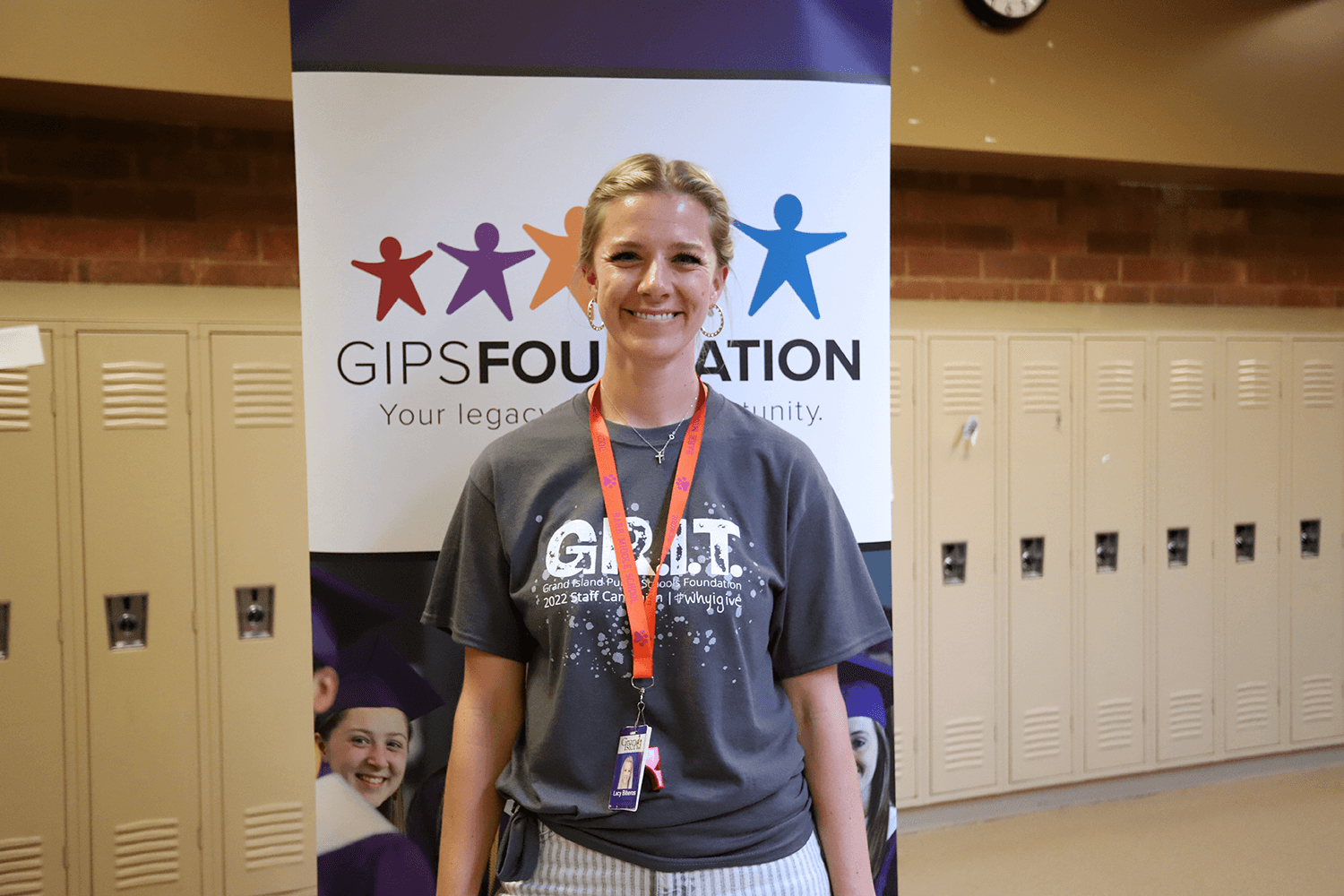 qualifying for the T-shirt Challenge - per contest rules this award is something tangible for the team that wins. Congratulations Barr Sixers led by Lacy Biberos. Barr Sixers gave at a rate of 100% with 84% of their gifts at the $72 or more level. They gave a total of $2,684 from 19 donors. 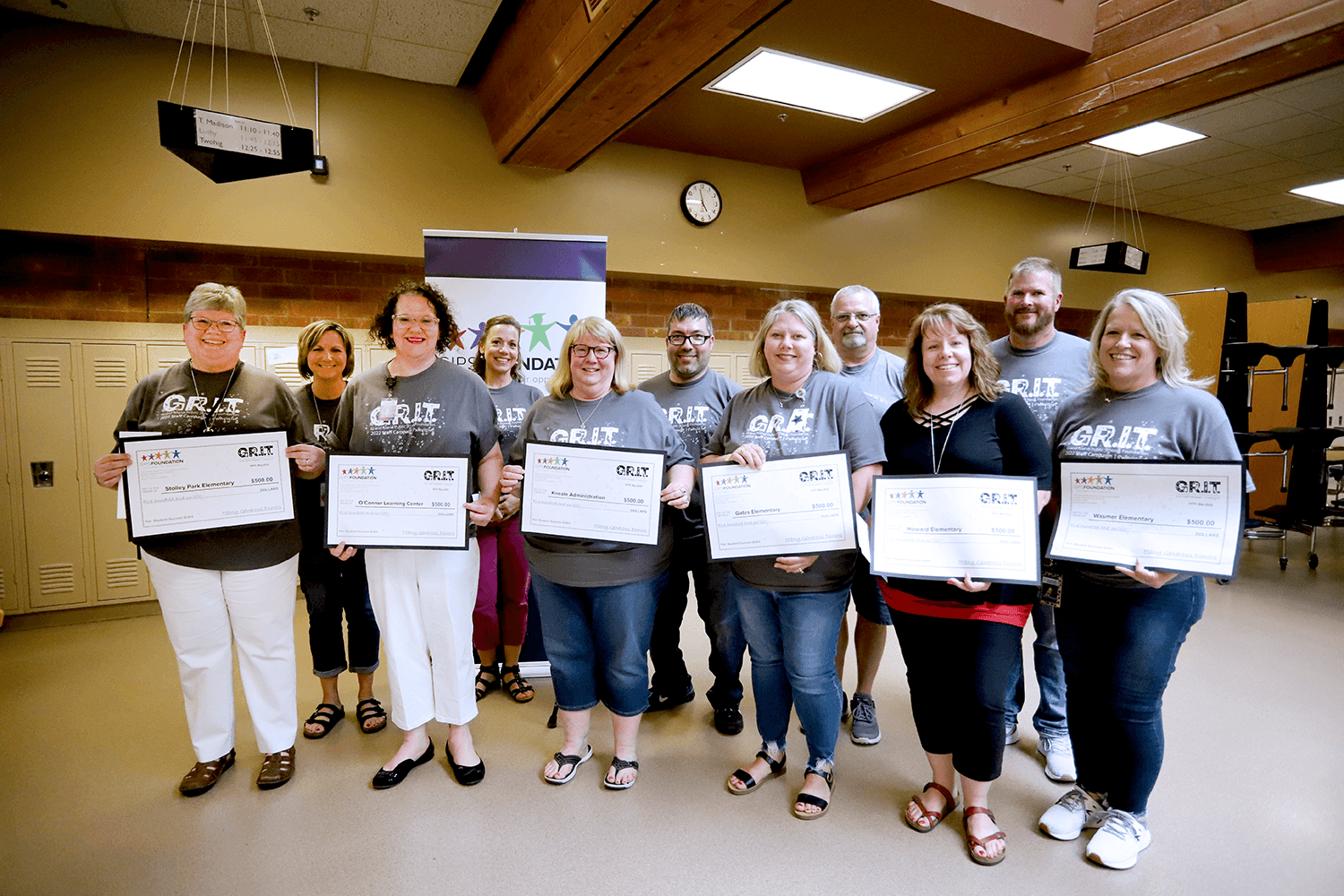 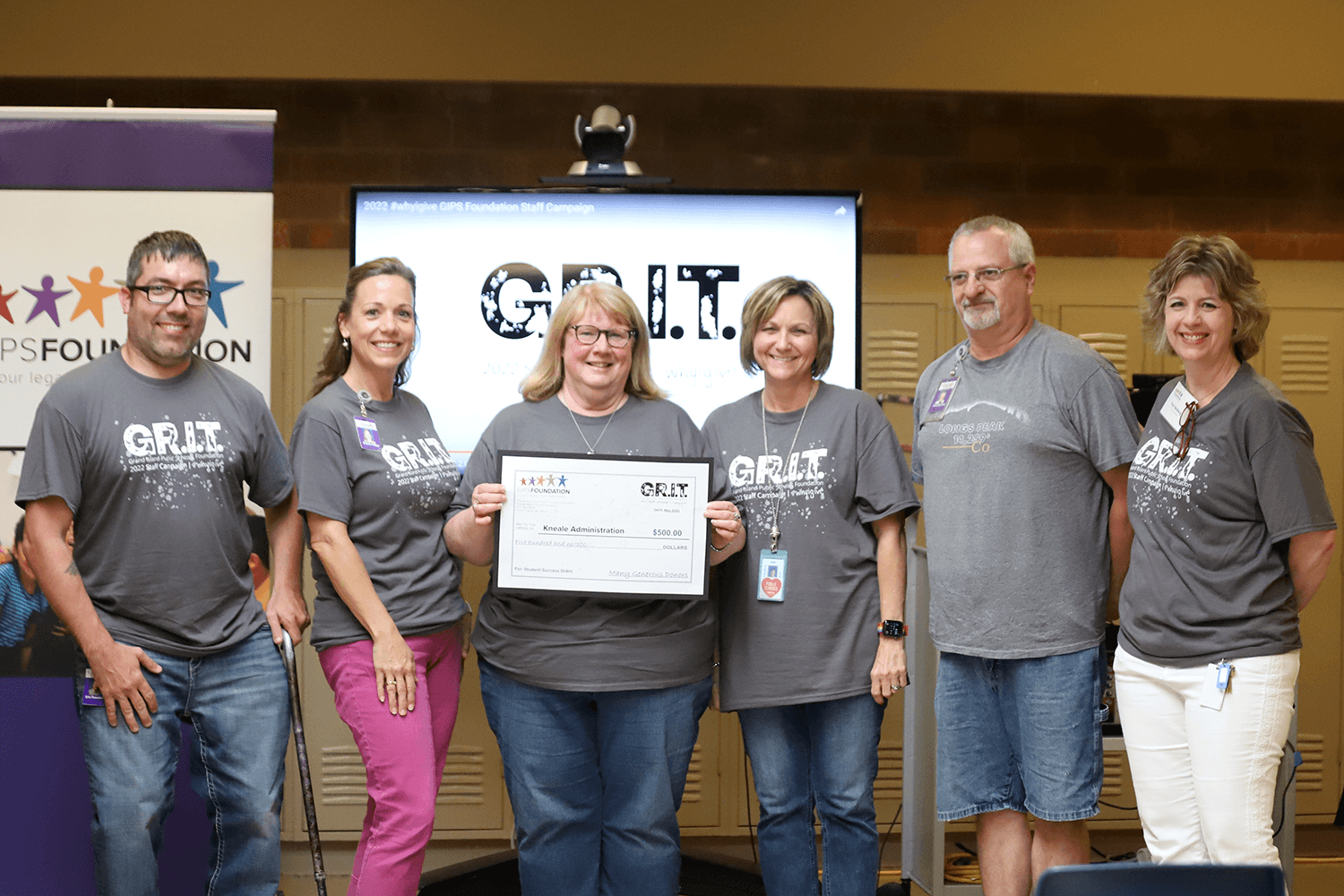 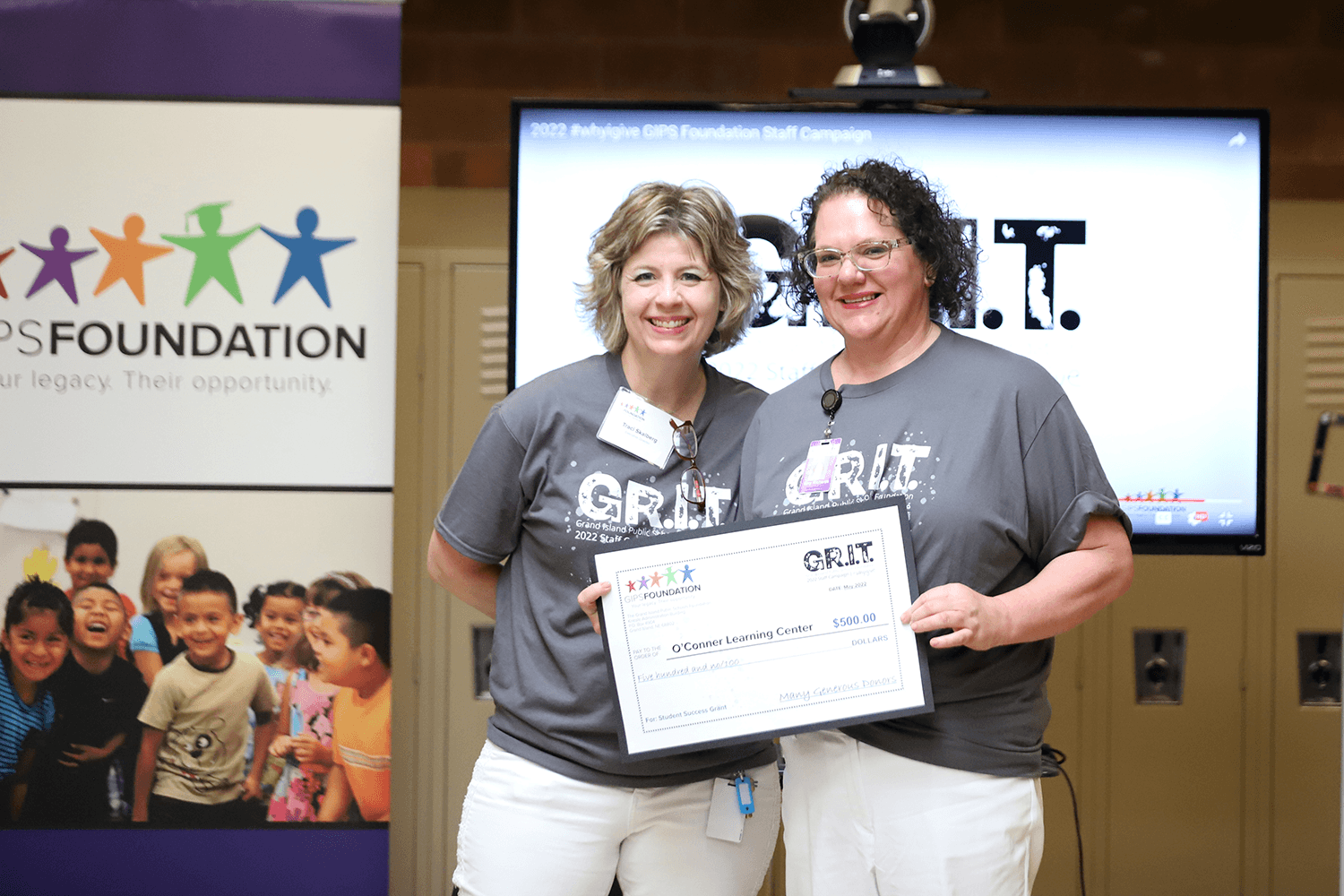 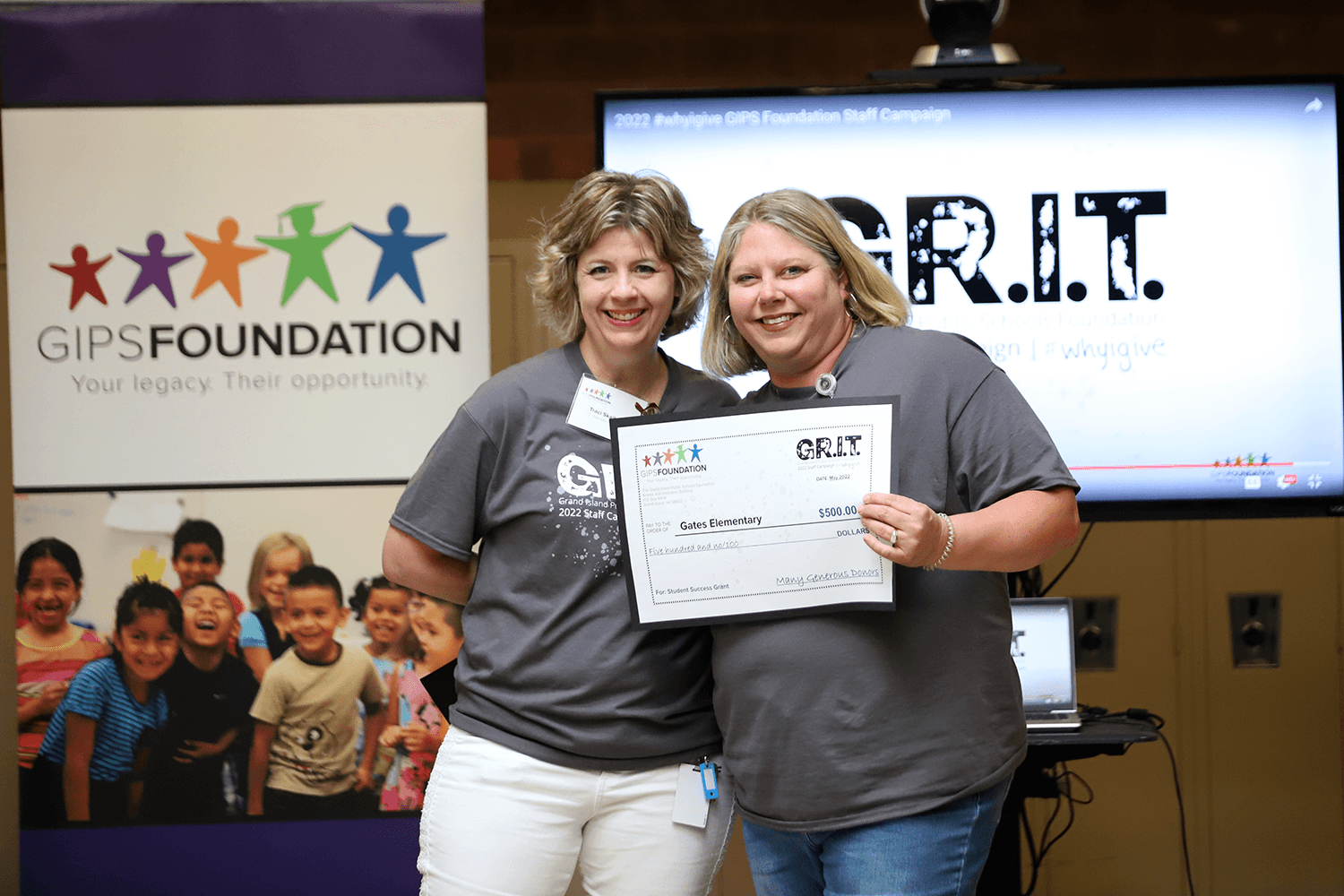 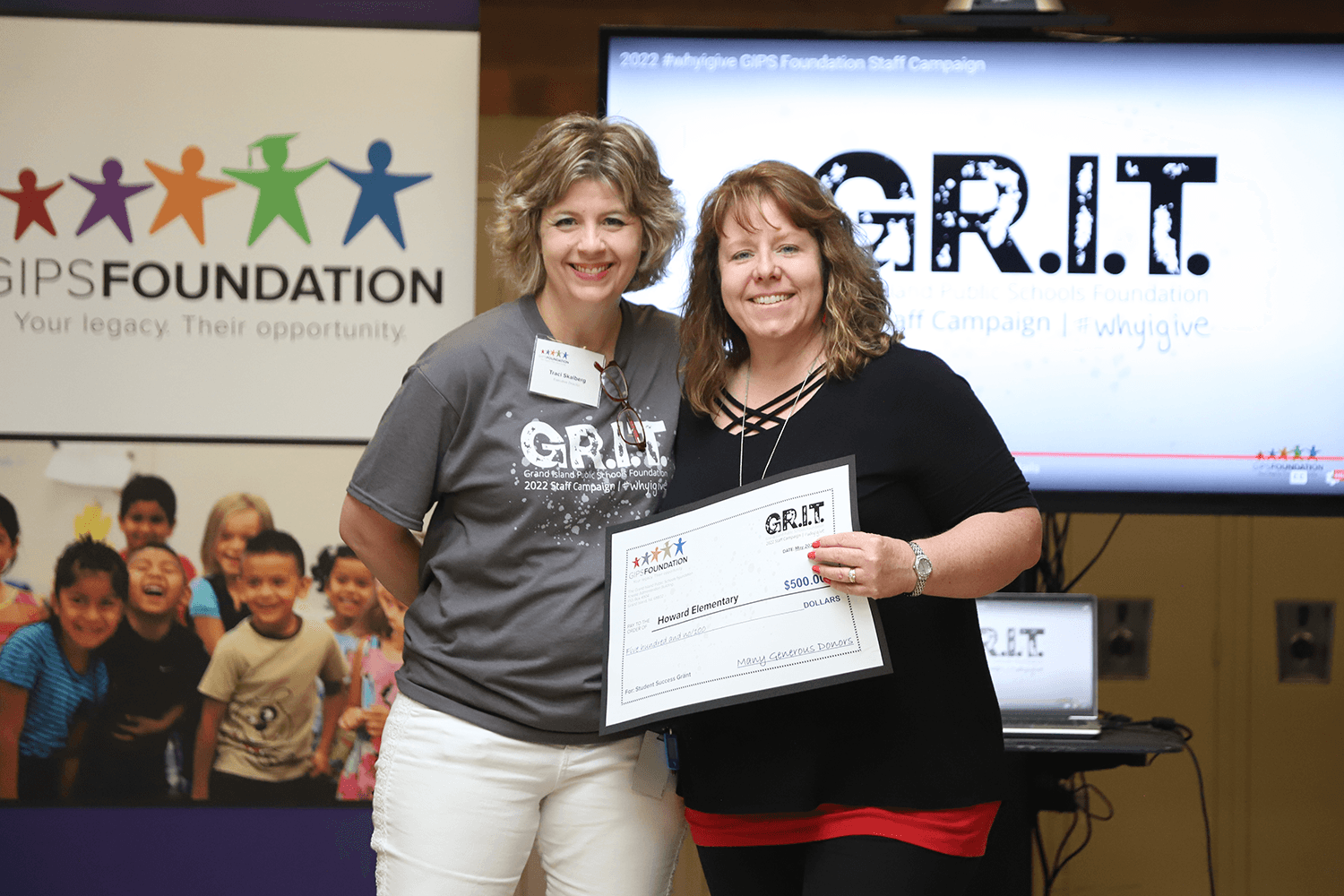 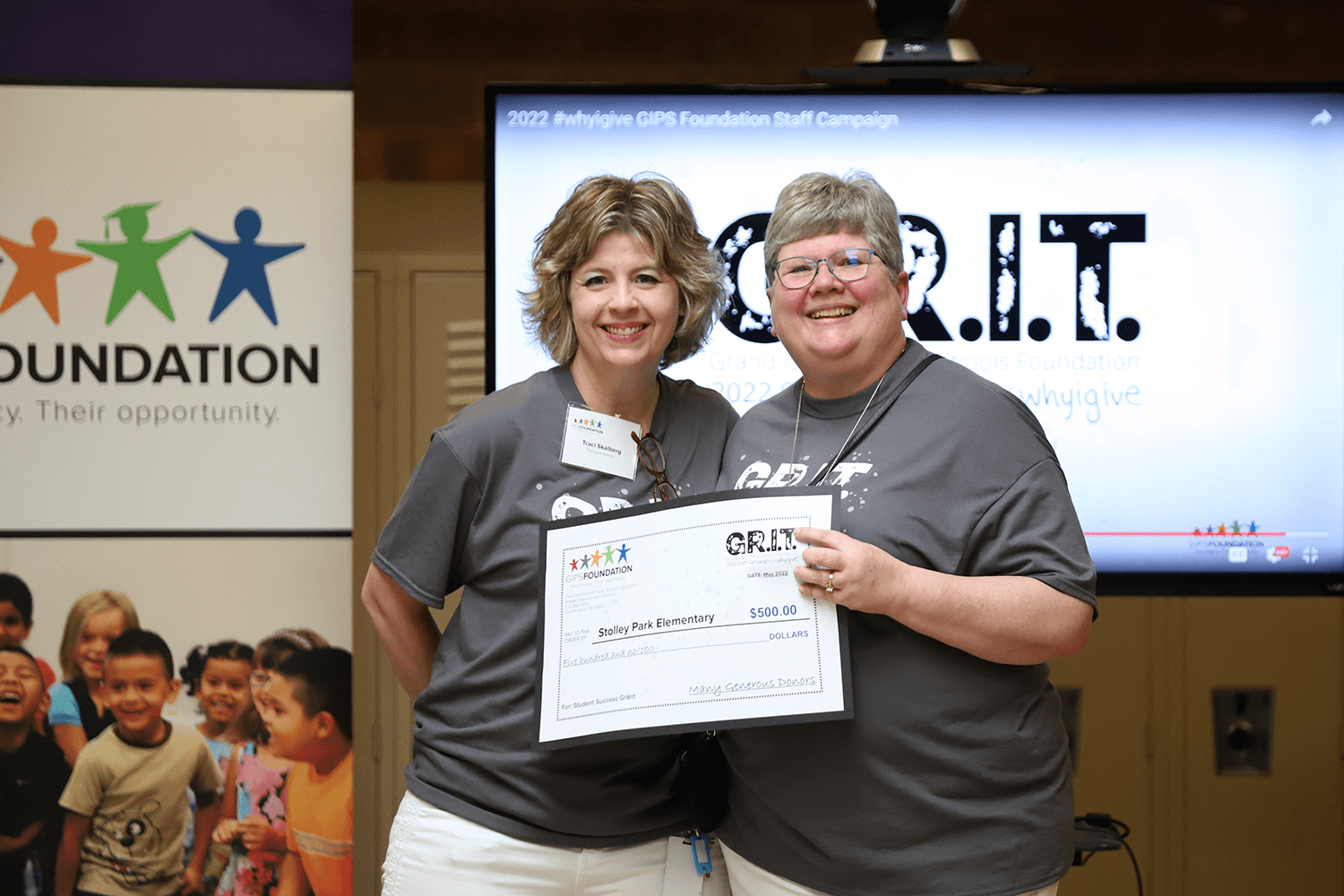 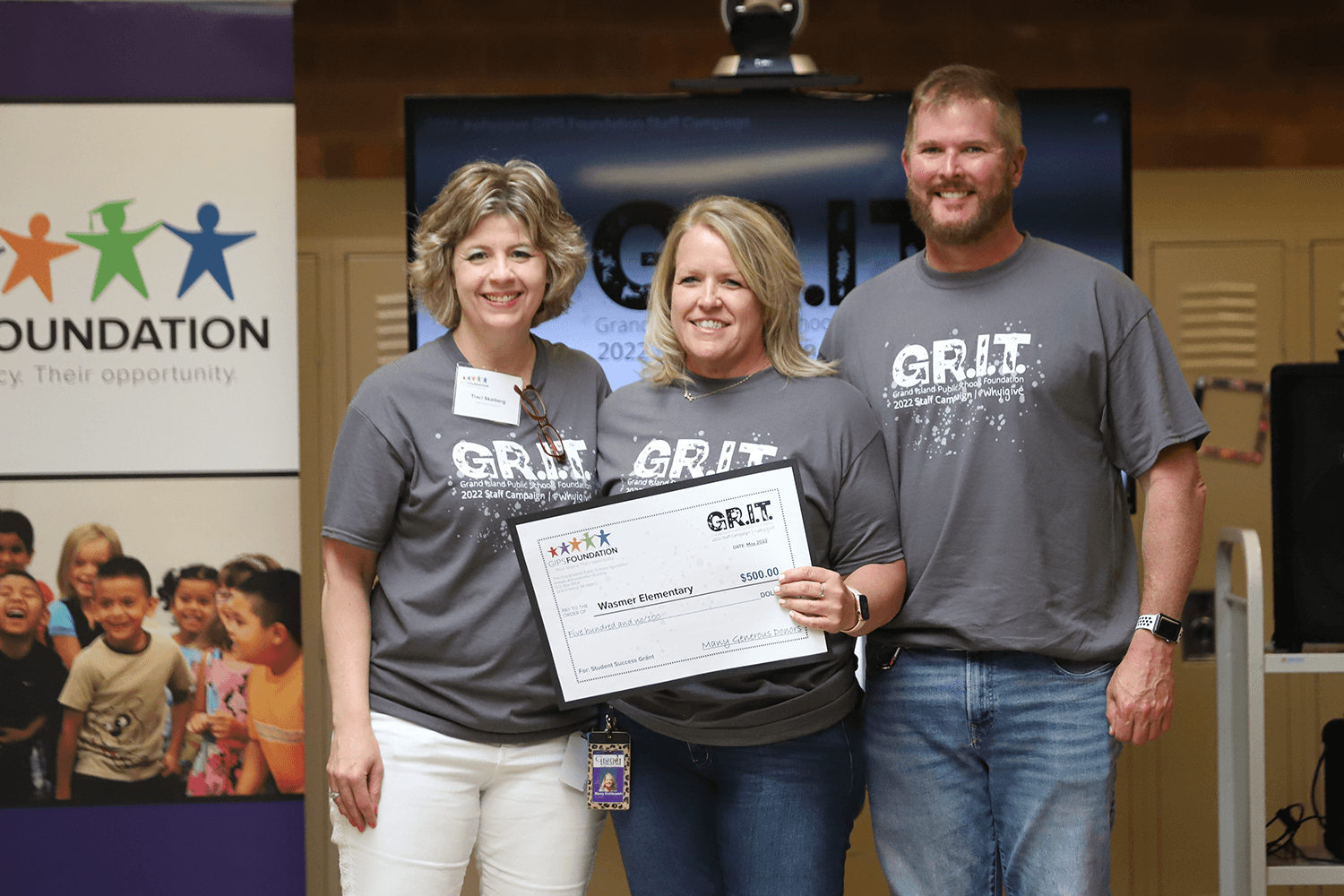 Over the Top Prize 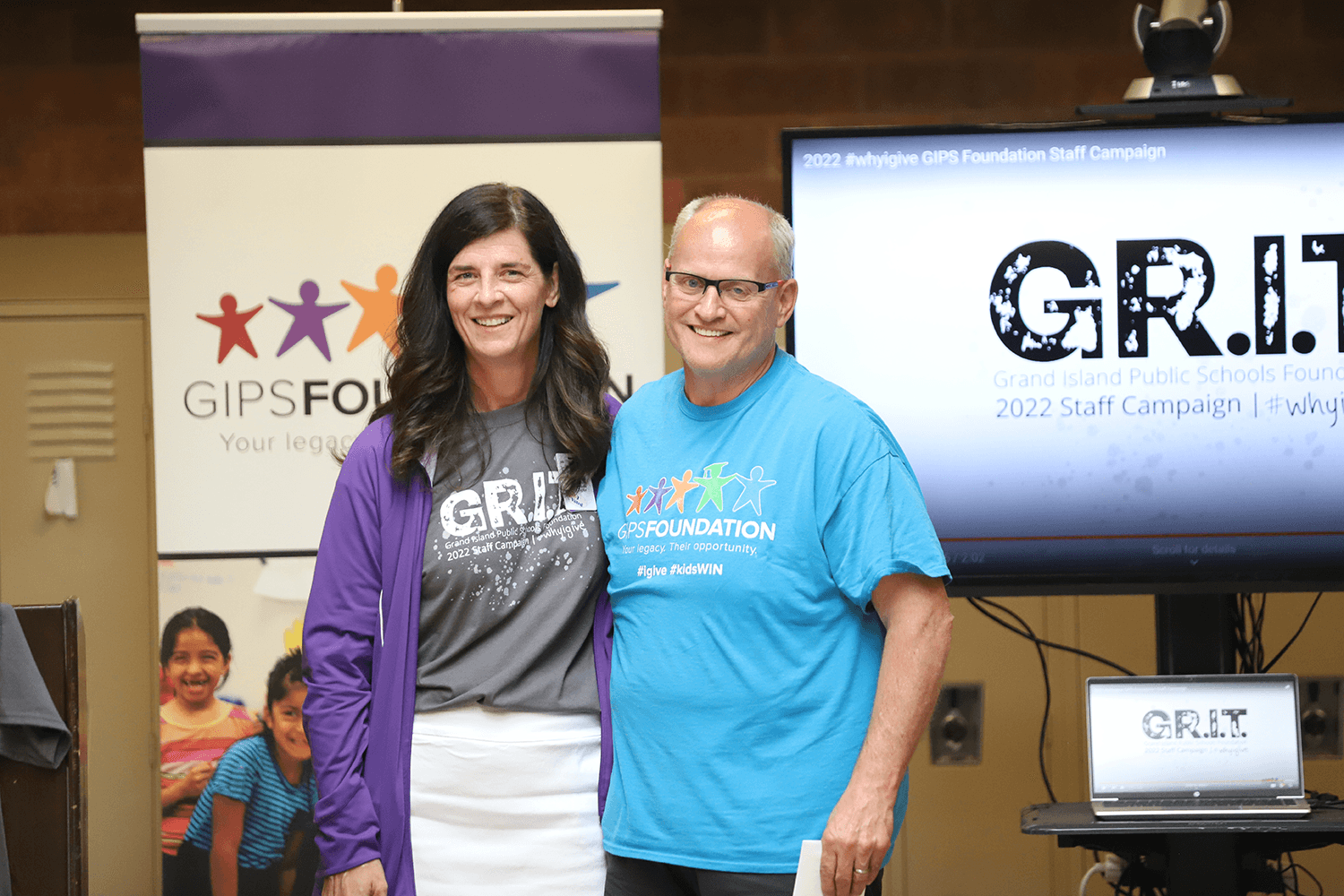 Some people always go above and beyond and though he didn’t win a campaign prize, we wanted to recognize Al Hayman from Grand Island Senior High. His Team had a giving rate of 194%!  It is because Al is so passionate about investing in kids that he asks everyone he knows to give and he personally gives in honor of all of his kids and his grandkids. Al bleeds purple and gold and we wanted to recognize his effort. 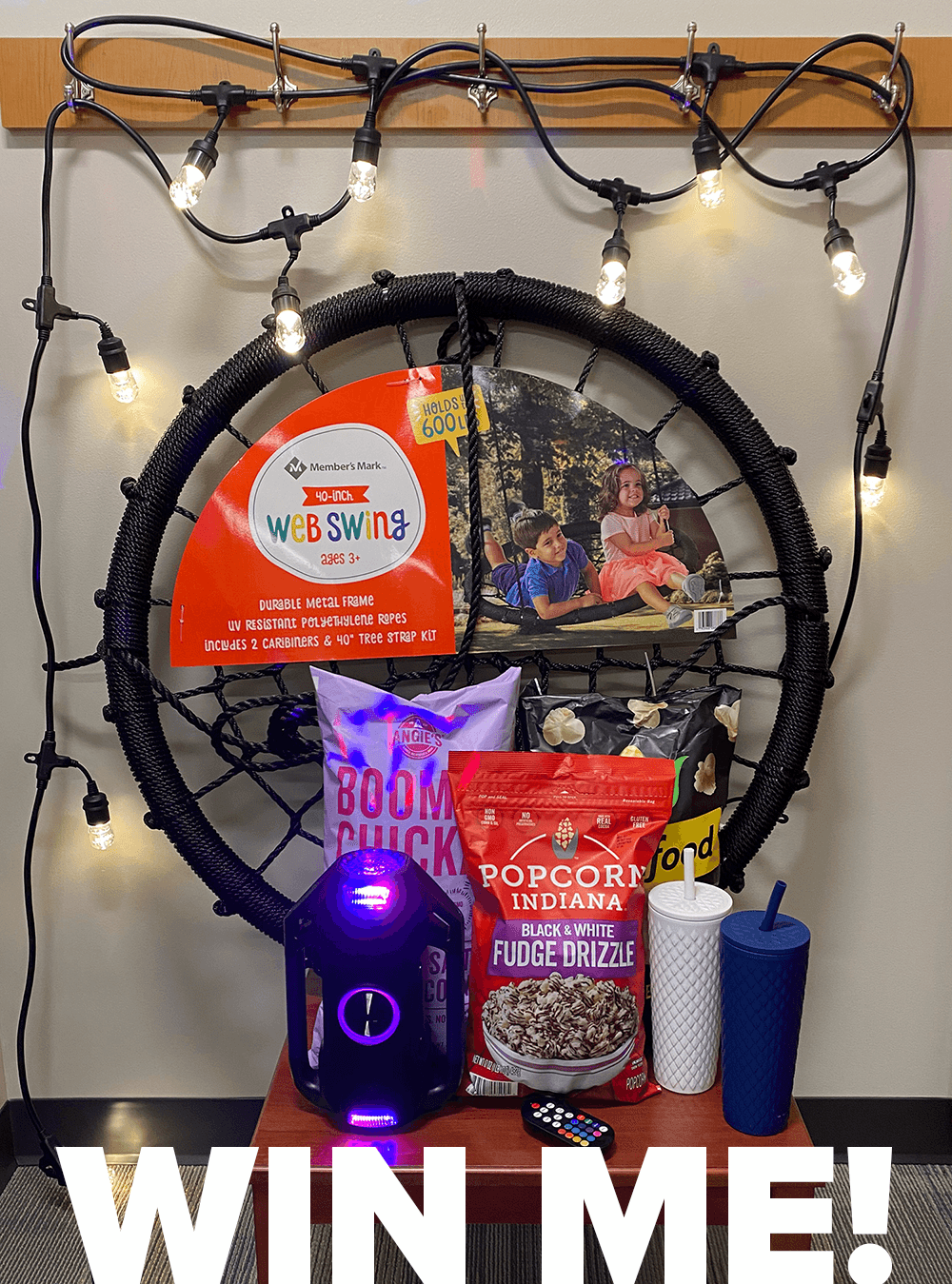