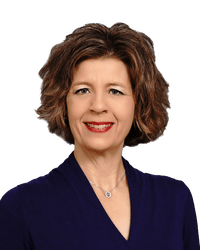 The National Association of Education Foundations will be convening members from across the country at their annual virtual conference March 2-4. More information about the conference and the organization can be found at https://educationfoundations.org/

Skalberg has long been a trusted voice in the education foundation industry at the national and state level. In 2016, Skalberg, with help from colleagues around Nebraska, started the Nebraska Association of Public School Foundations.  This professional development organization is operated out of the Grand Island Public Schools Foundation under Skalberg’s leadership.

“For anyone who has worked with or who knows Traci Skalberg, it’s no surprise to see her on the cutting edge of leadership positions for public school foundations, both at the state and national level. Traci Skalberg is one of those rare leaders who possesses a strong work ethic; impeccable character; and the ability to nurture the relationships necessary to master any number of goals in spite of the obstacles they may present,” said Vikki Deuel, Grand Island Public Schools Foundation Board President. “The GIPS Foundation is indeed fortunate to have Traci Skalberg as our executive director,” reiterated Deuel.